Gaymnesia continues! Arisa is apparently incredibly interested in sex, although incredibly hopeless at the thought of actually doing anything about it. And Mari does her best, as always.

More gaymnesia, finally~ Today we get to see the cool and the more fragile sides of Mari-san. Arisa is as useless as ever, of course. Of course. 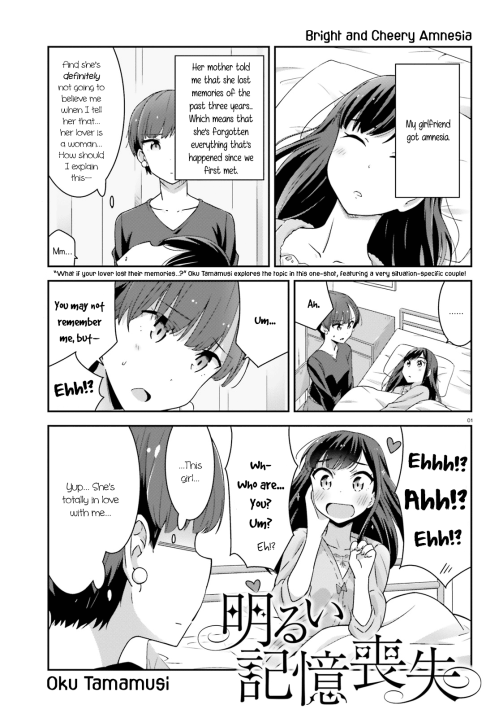 Here’s something out of left field! Satsunyan over at Seiyuuri needed some help with this one, so a joint release somehow arose. I love Tamamusi, and this one was particularly hilarious, so it was hard to resist. ❤

Though this was originally a one-shot, during the time that we first started working on this, it’s been officially serialised. As such, we’ve named this one “chapter zero” for lack of a better word for it. Enjoy!