Group Status: (aka did we get knocked out by life)

[Tohonifun (Chado)] Sorry, I Don’t Get It

[Kurocan (Izuki Kuro)] MakiRinPana’s Lessons on Living Together 5 – Where Have All Our Panties Gone?! (Love Live!)

Happy birthday Rin-chan! And I’m sorry this is so late! I was out of town over the weekend at PAX Australia (which was awesome, btw).

We’ll be focusing on catching up with the other birthday girls we’ve missed (Chika, Honoka, Ruby) next, since there’s finally a break in the onslaught.

As an aside, you may have noticed a lack of updates on Bright & Cheery Amnesia as of late. Due to Real Life™ I’ve not really had much energy to keep up with a lot of things, and I’ve decided it’s probably best if we officially drop that series. There’s other awesome groups releasing it though, so please do keep up with the story! Apologies to anyone who has been waiting on our releases for it.

I gotta be honest I pretty much only wanted to do this for the title and the pocky joke. (You’ll see.) I laughed my head off at them both. Because I’m actually 14 years old.

Oh boy. The tMnR lewds are real and here and they are powerful despite their shortness. We all died during the process of scanlating this doujin. Also, Katakura Ako’s Eli is wayyyy too DA☆I☆TA☆N, it is unbelievable.

Posted on 2017/09/18 by Shimapanda | Comments Off on [Kashi-pok-guru’s Windmill (Kashikaze)] A World Where Kissing is Normal (Love Live! Sunshine!!)

This is quite possibly my favourite doujin in existence. More like this please. Seriously. All girls kissing, all of the time.

Comments Off on [Kashi-pok-guru’s Windmill (Kashikaze)] A World Where Kissing is Normal (Love Live! Sunshine!!)

We somehow managed to finish this in time. I’m bad. OTL

Comments Off on [Kumichou BOX (Kumichou)] Kotori and Umi’s Life Together (Love Live!)

This is a silly and fun little romp. Don’t take it too seriously and enjoy the girls kissing.

Comments Off on [Shittori Oblate (Tamifuru)] The Witch Screwed Up! (Love Live!)

Some cute and squishy and gay YoshiMarus for Yoshiko’s birthday. Do fallen angels celebrate birthdays…?

God bless Mezashi. What did we do to deserve you?

Woohoo! More Futaribeya! This one is a silly little chapter about cleaning up the neighbourhood and a summer festival. Not much to say but enjoy! 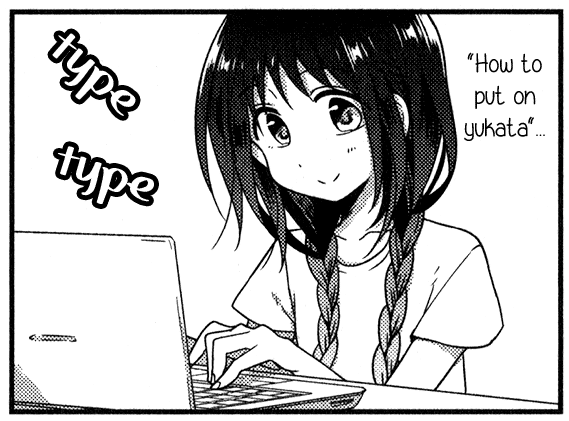 Sakurako’s phenomenal Google-fu to the rescue!

If you like the manga and want to support the author, please consider purchasing a copy. Some sites that ship internationally include:

Posted in a room for two, gib

Warning: This doujin is diabeetus. Try not to die while reading it.

This isn’t a particularly yuri-ish book, but I absolutely adore how it depicts the relationship between Nozomi and Nico. Constantly aggravating and trying to one-up the other, but deep down the most dearest and mutually understanding of friends. It’s wonderful.

…We actually planned to put this out LAST YEAR for Nozomi’s birthday, but it turned out to be a challenging task for both translation and editing, so the deadline slipped. But it’s here now. And it’s wonderful. Please enjoy!